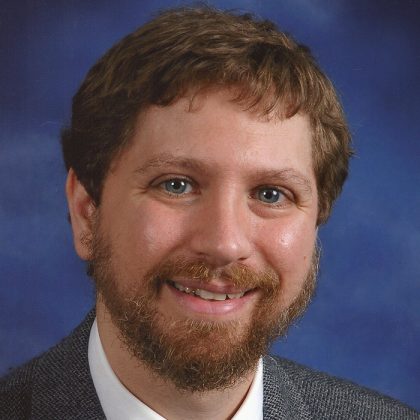 Rev. Dan Schatz is a lifelong Unitarian Universalist who grew up at the Cedar Lane Unitarian Church in Bethesda, Maryland. A graduate of Harvard Divinity School and an award winning preacher, he was ordained in 2001. He has served as a college instructor, hospital chaplain, and parish minister, most recently at the BuxMont Unitarian Universalist Fellowship, where he served for fourteen years. He began serving the Unitarian Congregation of West Chester in August of 2016.Dan writes:

For me, ministry is a way to grow and to help people and communities grow, and I can’t imagine a life I would rather have. This is the spiritual path reflected in the words with which I was ordained: “I will lift my heart in the service of hope, my mind in the service of truth, my voice in the service of freedom, and my hands in the service of peace. I will use my ministry to lift up, to heal, to quest for truth and wholeness.” Those words remain guideposts in ministry – they are a reminder that the best way to serve humanity is to help people serve one another. I have come to believe that the most important part of a minister’s job is to enable others to minister. No task can be more important. 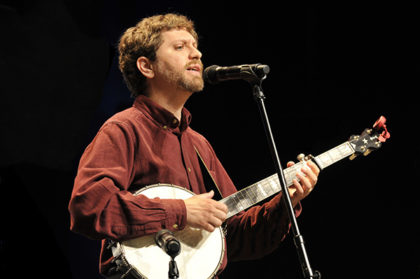 Dan is also a Grammy nominated folksinger, songwriter, multi-instrumentalist, and producer, whose music combines deep roots in tradition with a strong sense of community and social justice. His book and CD, The Song and the Sigh, combines songs of hope, meaning and community with written meditations. In 2015, he released The Promise of the Sowing, which centers on the farmers, field workers and fisherfolk who give us our food, and the earth that sustains us all. In addition to his solo work, Dan co-produced and performed on two internationally acclaimed compilations – Singing Through the Hard Times – a Tribute to Utah Phillips and Dear Jean –Artists Celebrate Jean Ritchie.

Many of Dan’s writings can be found at his blog, The Song and the Sigh – Song, Spirit and the Human Experience. He has also been published in The UU World and The Philadelphia Inquirer, and writes occasionally for The Huffington Post.

Dan lives in West Chester with his wife Geeta Shivde and their son Kiran.