The Black Lives Matter Committee presents the next installment of their film series: “I Am Not Your Negro”

In 1979, James Baldwin wrote a letter to his literary agent describing his next project, “Remember This House.” The book was to be a revolutionary, personal account of the lives and assassinations of three of his close friends: Medgar Evers, Malcolm X, and Martin Luther King, Jr. At the time of Baldwin’s death in 1987, he left behind only 30 completed pages of this manuscript. Filmmaker Raoul Peck envisions the book James Baldwin never finished.  Written by Jwelch5742 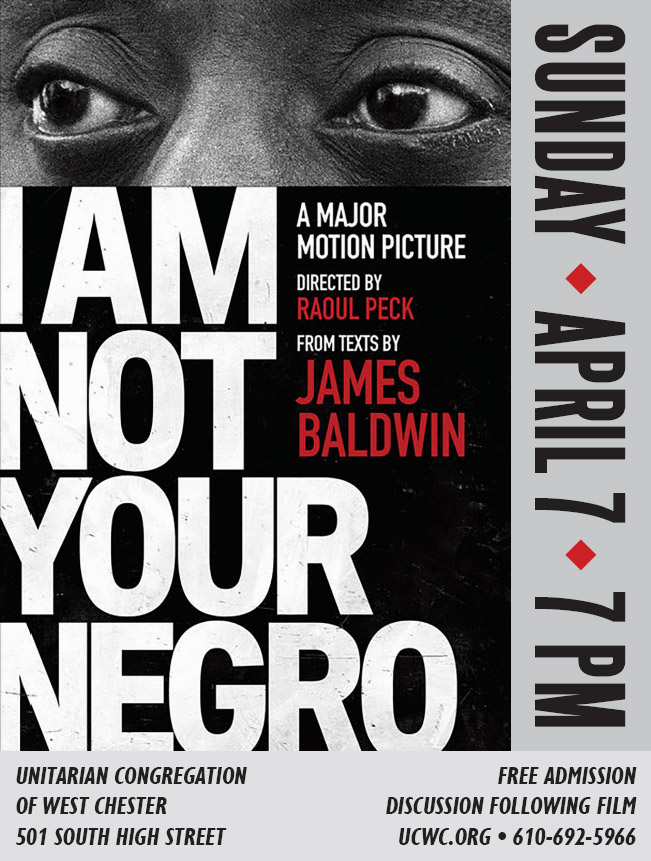 Upcoming Services (Children's RE at 9:15)